To make it count, presentation workflows need to be intimate, iterative and responsive.

I share half-baked analogies pretty regularly with the GRC crew—to the point that they safely know when to tune me out. I think, however, my most recent crappy metaphor actually struck a chord with team, so I'm going to extrapolate and put it...  on record.

We are officially calling our creative team a "Studio." I'll explain below, in far too many words.

Before putting a label on our operation, we didn't know what to call ourselves. We've considered calling ourselves something like a creative "Firm," or a presentation design "Boutique." Some of our clients introduce us as their "Presentation Agency." A few of us have some baggage there though, as "agency" conjures up ideas of middle men. "PowerPoint vendor" is something we've heard, sadly, once or twice, which left us feeling cold and lonely on the street. Too transactional. Presentation design demands partnership, dare I say a bond. We believe building relationships with our clients helps us understand their needs and their goals on a deeper level— so that we can pull out of them exactly what they need, and on so many occasions, they can do the same with us.

Presentation workflows need to be intimate, iterative and highly responsive.

Presentation by committee doesn't work, and the game of telephone should have NO PLACE in the process of designing a presentation. At GhostRanch, we believe the client writing a presentation should have direct access to the creative team designing its visuals. This fundamental belief has guided us toward building an intentionally lean structure to our creative operation.

Only recently have we realized that our structure actually differentiates us in our market.

Whenever we have heard or said, "Presentation Design Studio," it felt right. Not too big. Not too small. Nimble. Intimate. Scrappy. Creative. So yeah, it had the right ideas going, but I wanted to learn why calling our team a studio might have a little more to it than what's on the surface, so I did a little independent study. AKA binge watched music documentaries on Netflix and Prime.

I recently watched this Netflix documentary about this record producer David Foster. The dude is one intense Canadian, but hey, 16 Grammys. David Foster pretty much helped launch the careers of Celine Dion, Michael Bublé and Josh Groban. He's produced records for Chicago, Barbara Streisand, and most importantly produced Whitney Houston's "I Will Always Love You" (I'm not crying, you're crying!).

In the documentary, David Foster: Off The Record, a few of Foster's artists reflect on the working relationship with Foster, and it is very clear that a deep bond was forged through the "hundreds of hours" spent working with him, very closely, in the studio. Take after take... after take, in each case it became clear to these artists that Foster was ALL IN on their project. He took insane ownership of it, and for that reason, they trusted him and gave their all in return.

As I look back to appreciate some of my most meaningful client relationships, I realize that they all involved at least one intense, high stakes presentation project. Those experiences have, in many instances, helped build this professional bond that can't be beat

How about Sound City—you seen that one? So good. The one and only Dave Grohl takes us through this amazing history of what is honestly a pretty crappy little studio in Van Nuys, CA. It's seems to be a lovable dump, with character... and characters. Home to recordings ranging from Neil's After the Gold Rush and early Fleetwood Mac, to Nirvana's revolutionary Nevermind and Rage Against the Machine's self titled debut album. The list goes on. The fact that Metallica and Josh Groban recorded in the same studio proves to me that the real magic of a studio isn't necessarily in its decor or a "style" it is known for, but instead, for simply being a creative space where artists can collaborate, and focus on bringing each new song to life, in the style it deserves.

You know what's really cool about these recording studios like Sound City or Shangri-La (if you haven't seen The Last Waltz but love classic rock, who are you?)? They're small! David Foster referred to his studio as a submarine. The physical walls of a studio provide natural constraints, and this is a damn good thing. The parties involved in the collaborative process of recording a song must be very intentionally chosen—hand picked to fill the exact role needed without bringing too many cooks into the kitchen.

Okay so my favorite story from my most recent music documentary binge, was that of Aretha Franklin's breakout recording session down at Muscle Shoals. I'm going to butcher this, but long story short, nobody in the music industry had quite pulled it out of Aretha, despite the obvious fact that she was talented. Finally, she made it down to Muscle Shoals, home of this really tight knit group of studio artists called the Muscle Shoals Rhythm Section, aka The Swampers ("they've been known to pick a song or two").

"We did what we called head sessions at that time, and there was no real music written for it. The musicians would just listen to what it was I was doing, and they would decide what they were going to do, around that." — Aretha Franklin

Aretha worked closely with producer Jerry Wexler, and perhaps even more intimately with the Swampers, with whom she really formed a bond. And look, there's always a learning curve. The sessions were slow going at first (see the clip below). But the team was committed to Aretha, because success for her was success for them. They stayed at it. They listened to her. They watched. They riffed. They locked in. Finally, they found it. Aretha called this "the turning point" in her career.

As Mick Jagger points out, it was that deep commitment to true collaboration, down at Muscle Shoals, with the producers and studio team that helped the world discover Aretha's true essence. The rest was history.

That's a long way of saying, we're a studio, too.

We believe the adage that great work begets more work. It's been our sales strategy, and GhostRanch has been lucky enough to see some amazing organic growth since we started in 2015.

We don't think our presentation design work can be world-class if we grow without constraints. If we keep adding team members without putting definition to our creative structure, we could run the risk of spreading ourselves too thin.

We want to provide each client with the level of attention that the gang down at Muscle Shoals gave Aretha. For us, the studio model is all about putting our clients at the center of everything we do, so that every slide, every deck we make with them, can help our client top the charts. So, instead of spreading ourselves across more clients, we have decided to put a cap on our current studio's size and launch a brand new second studio, GR2, aka Studio B, on August 17, 2020. More to come on that. 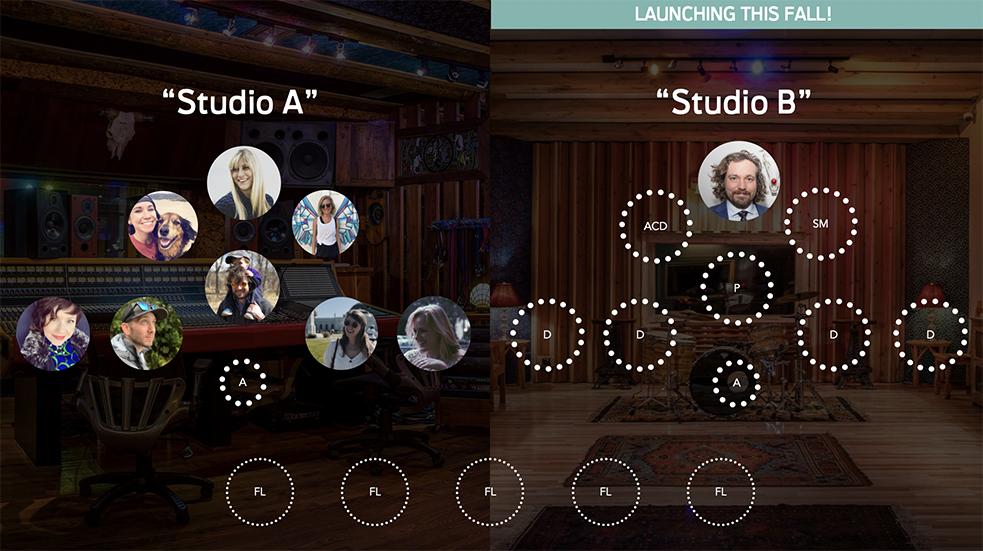 This "we're a studio" declaration is all about GhostRanch recommitting to quality. We have some amazing momentum, but we are choosing to be mindful about our growth. GhostRanch will only succeed if we can scale the quality of our work and ensure that our responsiveness, dependability and level of customer service remain our true differentiator. Our decision to roll out a new studio stems from this brand promise.

Thank you so much for reading if you got here. Stay tuned for more updates, until then, we'll see you in the studio! 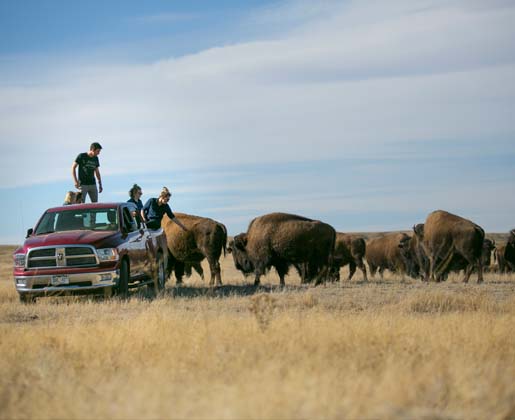 Michael "Mikey" Mioduski founded GhostRanch Communications in 2015 after falling in love with the medium of presentation design. He holds an MFA in Advertising Design from SCAD, a BA in History from DePauw University, and currently lives with his family in Zionsville, Indiana.

How to do the Multiply Blend Mode in PowerPoint

Save Selections to be Reselected in PowerPoint

...because grabbing things can get tedious.